Rising Phoenix (2020) tells the extraordinary story of the Paralympic Games. From the rubble of World War II to the third biggest sporting event on the planet, the Paralympics sparked a global movement which continues to change the way the world thinks about disability, diversity & human potential.

Distributed on Netflix globally & ByteDance in China during the summer of 2020, the film won critical acclaim and two Sports Emmys.

How this film was made was very important to all of us. Read about our approach to disability representation in the making of Rising Phoenix.

The trailer is also available with subtitles and with audio description.

The film’s title track was written and performed by three members of Krip-Hop Nation – George Doman (known as georgetragic), Toni Hickman and Keith Jones – and written and produced by Daniel Pemberton. Learn more about the track and watch the lyric video.

A story for every classroom

The Rising Phoenix education site was created to continue to help change attitudes to disability in the next generation. We believe teachers are true influencers who have the power to help young people think more inclusively and positively. Utilising stories from the film, and featuring a message from Prince Harry, The Duke of Sussex, the site contains teaching guides in five languages that are available for all to use.

Rising Phoenix is an HTYT Films and Passion Pictures production in association with Ventureland and Misfits Entertainment.

“The Paralympics may have been postponed for a year, but their flame burns brightly on in this wonderful, fiercely inspiring documentary.”

“You will never watch the Games in the same way.”

“This is an important film, not just for on-screen representation, but in altering the way we think about disability in society.”

We are incredibly grateful to these organisations for their vital support, advice and expertise. 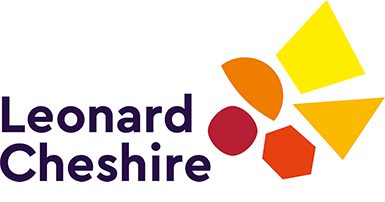 Get the latest news and updates

By clicking ‘SIGN UP’ you consent to us processing the personal data you have provided for the purpose of sending you our newsletter. You can unsubscribe at any time. Your information will never be sold or rented and will only be shared with third parties for the reasons stated in our privacy policy.